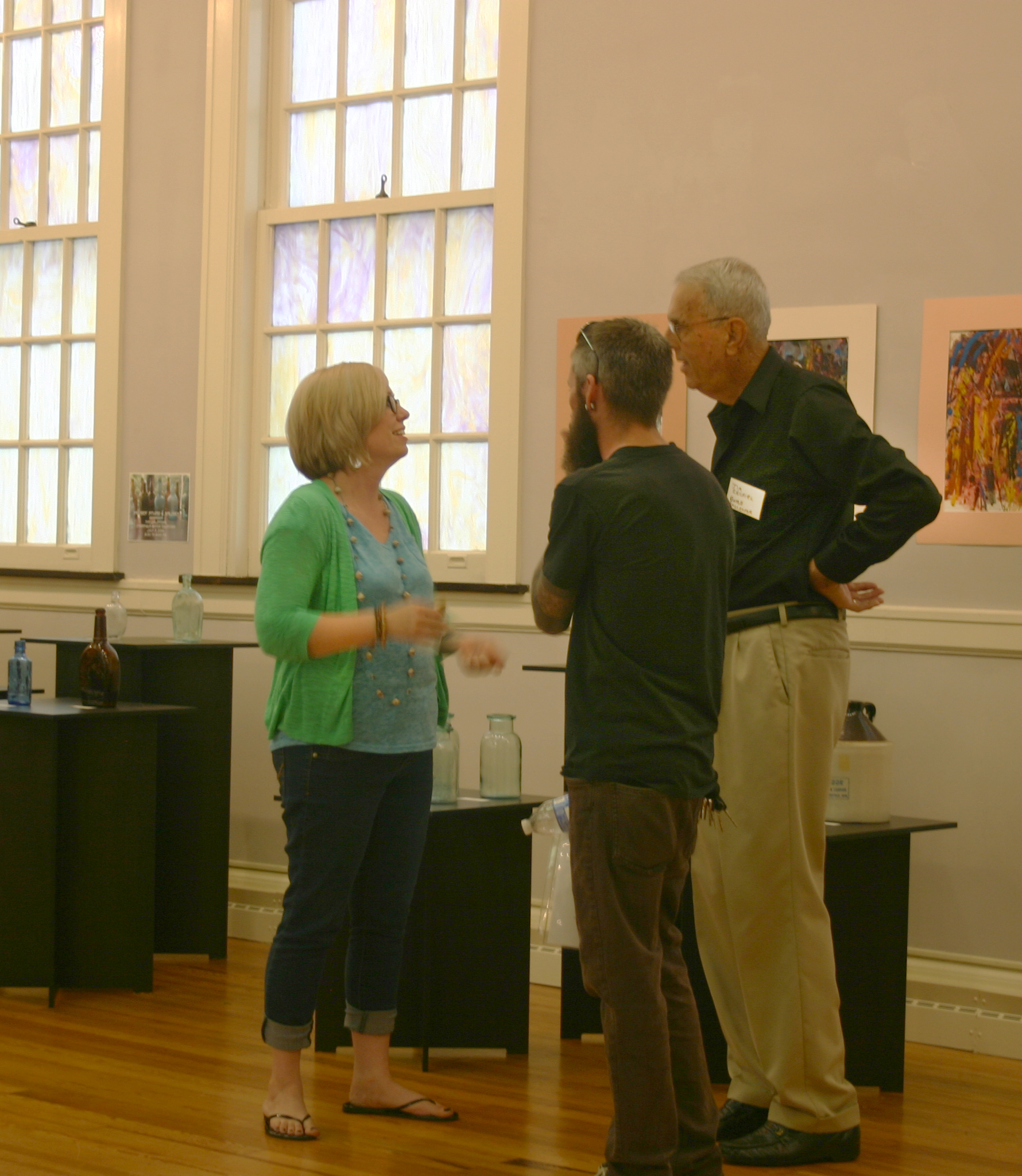 “TO EVERYTHING THERE IS A SEASON AND A PURPOSE UNDER HEAVEN”

January 19, 2021 we lost a dear friend. Covid and declining health took a toll. When I was informed of his passing, I felt a sudden and deep hole, an undesired vacancy. Jim’s presence was formidable; he was opinionated, at times brisk, always sincere, and compassionately caring. Our first meeting was in regards to our property line between the studio and Immanuel Church Downtown. We were planting a garden and didn’t want to infringe on the church’s parking lot. He was head of building and grounds.

He cheerfully said, “I don’t care where the hell we put the damn line. You’ve made the space look better than it has in years.” I thought, “You know, I could attend a church like that where a few swear words were used kindly.” I grew up where swearing was meant to inflict pain. That began a friendship of eight years.

One of Jim’s hobbies was collecting only Zanesville glass. In July 2015, our gallery exhibited Jim’s collection. During the opening, he discussed and lectured on the finer points of his collection. For Kathy and I, it was a time to celebrate a friend with his many friends.

Jim had friends in more circles than I could imagine. He was highly respected in education, church, community, and civic organizations. A funny smile came upon anyone I was talking with when I mentioned his name. He golfed his way through years of dialysis. He was loved by many.

He was here for a season. Isn’t it odd that in death there is an incredible hole, but his memory, his life, his character stand alongside the emptiness and fill it.